ButKoin is a decentralized secure cryptocurrency that is easy to mine devoid from 51% attack and it provide easy means of transactions between individuals. It is a Multi-algorithm coin. ButKoin uses a Smartnode collateral and reward system that prevent hyperinflation. ButKoin create a means for easy mining as everybody can participate in the mining processes. ButKoin rewards ranges from 4.0 BUTK from block height 1 to 720, were at height 721 it will be 5000 ButK. This reward structures are all listed in the whitepaper. 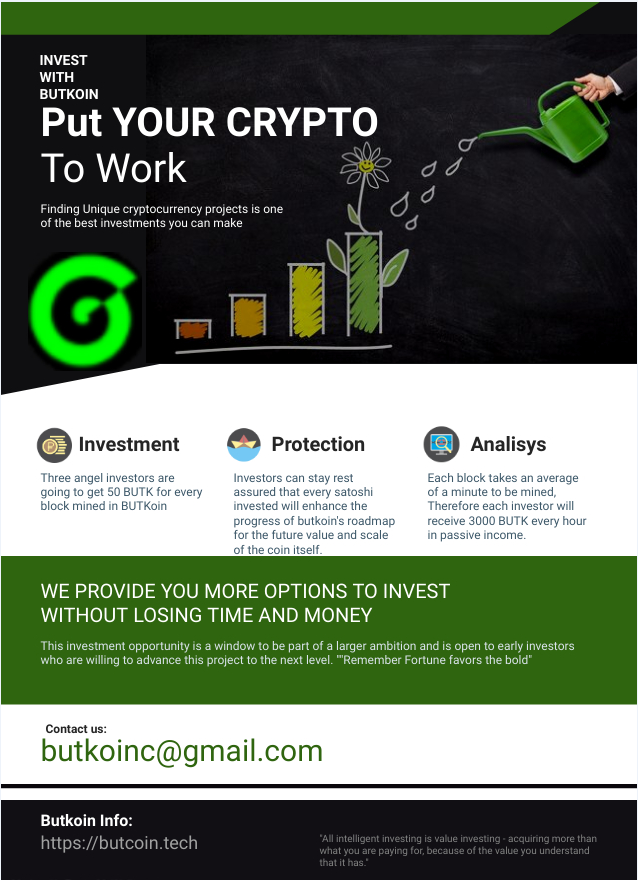